Hanover/Mexico City. The effects of climate change on tropical regions are still poorly understood. However, they are among the most populated areas in the world. Researchers at the Leibniz Institute for Applied Geophysics (LIAG) have now created both an age-depth model and a moisture distribution for the last 500,000 years from one of the oldest lakes in Central Mexico, Lake Chalco. The results are clear: Central Mexico experienced recurrent dry periods related to the Earth's natural wobble. They published the results in the journal Quaternary Science Reviews. 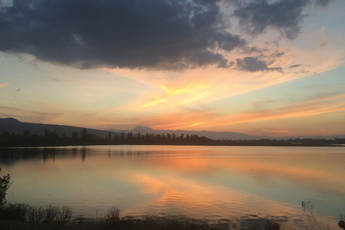 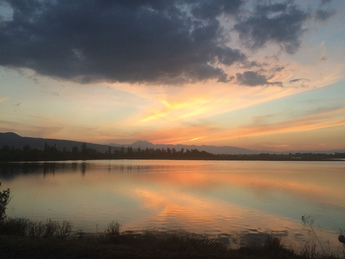 Lacustrine deposits of Lake Chalco in central Mexico are an important paleoclimate archive among the North American equatorial regions. 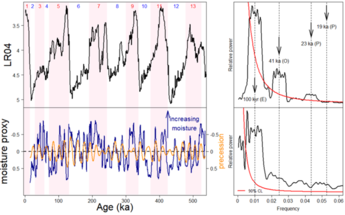 The variation of the moisture proxy compared to the values of the globally distributed benthic oxygen isotope records (LR04) indicates the role of precession-derived insolation in precipitation in central Mexico.

Central Mexico because of its mild climate and fertile soil has been continuously populated by humans since colonization of primary civilizations and remains an area with one of the highest population concentrations in the world. The combination of rapid population growth, anticipated future increases in air temperature and likelihood of droughts in central Mexico, suggest that this will remain a region strongly impacted by changing climate. Improved understanding of both the mechanisms contributing to the present climate change and its consequences for the biosphere, including human society, will not only provide the knowledge required to cope with its effects, but may also shed light on the forces that have driven similar events in the past.

Insights into 500,000 years of Central Mexico's climatic past

In 2016, downhole measurements were taken in a borehole approximately 500 metres deep in Lake Chalco in the areas on the outskirts of Mexico City. The research team used borehole geophysics, which measures the physical properties of sediments, to extract palaeoclimate signals from lacustrine deposits in the upper 300 meters to determine past climate conditions. This is the first time that borehole geophysical data has been used to reveal the history of moisture content in lake sediments, providing insight into 500,000 years of climate history in central Mexico. In addition, the research team also dated Lake Chalco sediments using astrochronology, a technique for calibrating sediments using the Earth's orbital cycles, the regular wobbling motion of the Earth's orbit around the Sun. The results indicate that central Mexico regularly experienced a dry period during the last 500,000 years, when the Earth's orbit was at its most circular.

Variation of the water depth

The specific geomorphology of central Mexico, because of emergence of a long series of volcanic arcs due to the subduction of Pacific Oceanic Plate beneath the North American continental Plate, has allowed the formation of an extensive interior drainage basin nearly one million years ago. In the present day, this geological formation is called the Valley of Mexico. Since its formation, the water retained in this basin and covered round about 1500 km2 of the valley floor. The water level in the lake oscillated in response to alternating warm and cool periods in the Earth’s paleoclimate. Earth has experienced cold (glacial) and warm (interglacial) on roughly 100,000-year cycles for at least the last 1 million years. During the warm period, higher precipitation in central Mexico raised the lake water level to 100 meters and during the cold periods, the water level dropped to a few meters because of droughts.

“The Lake sediments trace the planet's history and preserve clues that tell of past climate and environmental conditions. Through this study, we can identify how variable climate shifts were in the past and how the environment responded,” explains Dr Mehrdad Sardar Abadi, MexiDrill project coordinator at LIAG. “The successful application of the methodology and the results also help future paleoclimate studies that can build on it.”

Water crisis in Mexico City as an ongoing problem

Before the arrival of the Spanish, the Basin of Mexico was occupied by the Aztec people who built a large city called Tenochtitlan on and around the lake system. In the early 1600s CE, the Spanish drained most of the lake system in an attempt to control flooding. Present day Lake Chalco is a shallow marsh occupies an area of < 6 km2 in the south of Mexico City. Important source of water supply in Mexico City comes from underground aquifers formed among the ancient lacustrine sediment that is being drained at an irreplaceable rate. As a result, Mexico City is sinking downward rapidly at about half a meter per year. The water crisis in Mexico City has become an ongoing problem with depleting the underground aquifers and sinking the city.

The Chalco Lake project was funded as part of the priority program "International Continental Drilling Program" (ICDP) of the German Research Foundation. Eleven national and international institutions from five countries are involved.